In a country where you are never more than 72 miles from the sea, you cannot escape the draw of the water. Even inland, the UK has enough lakes, lochs, and loughs to satisfy the saltiest of seadogs. Make waves this vacation with a waterfront getaway in the UK. 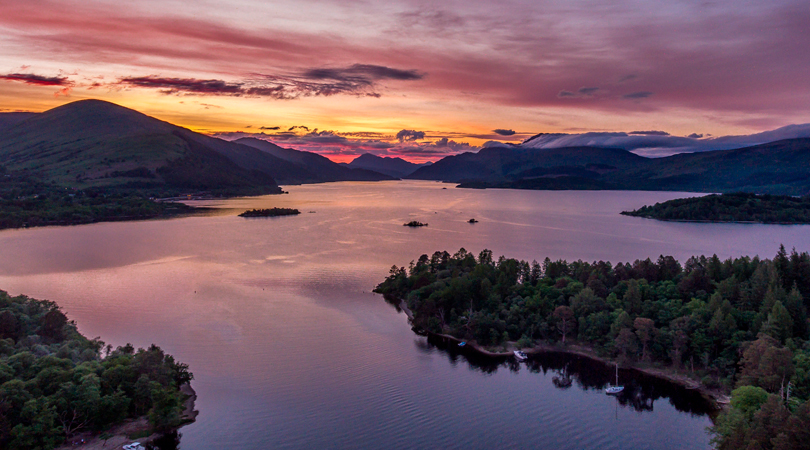 Sit down by the bonnie, bonnie banks of Loch Lomond and admire the view of the snow-capped mountains in the distance.  Stay in a cosy B&B nearby for a perfect waterfront getaway in the Scottish Lowlands. Every kind of water lover can be seen on the sparkling loch, the largest in the UK. Take a hike through the glens of the Trossachs and warm up afterwards with a wee dram of Lowland single malt. 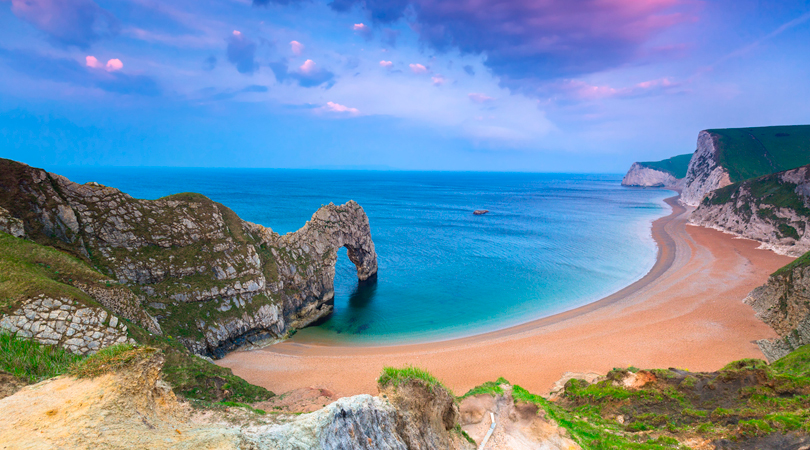 Durdle door is one of the most photographed landmarks of the British shore. A stunning natural arch formed in the limestone cliffs surrounding a deep blue cove, it has been the backdrop to countless films and music videos. The Jurassic coast represents the evolution of the Earth through millions of years, preserved perfectly in its unique fossilised geology. You couldn’t find a more inspirational or educational waterfront getaway! Grab your straw boater and take a stroll along Llandudno’s pastel-coloured promenade, which has hardly altered since Victorian times. A more quintessentially British seaside resort would be hard to find for your traditional waterfront getaway. The classical wooden pier complete with Punch and Judy, donkey rides on the beach and stripy deckchairs facing the sea. Just watch the seagulls don’t steal your fish and chips! 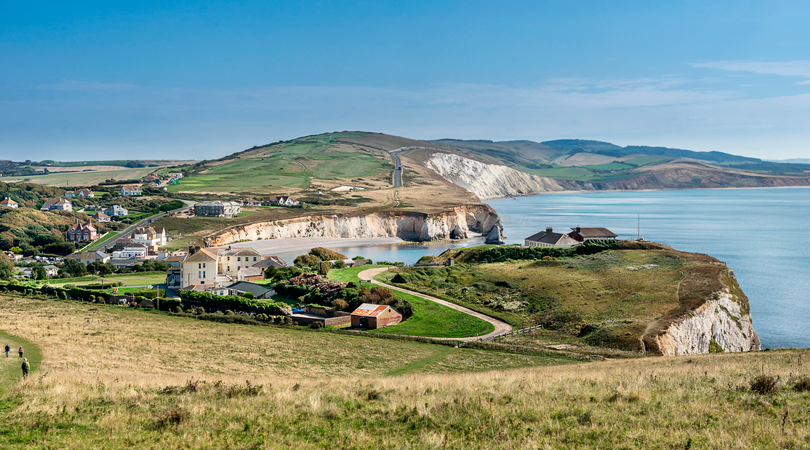 If you fancy spending your holidays by the beach, then look no further than the Isle of Wight for the ultimate waterfront getaway. They say the Isle of Wight has all of Britain’s landscapes condensed into one pocket-sized island, and they could be right! With 25 miles of golden sandy beaches, chalky cliffs, rolling marshland and verdant rurality, this cool little rock in the English Channel is a true microcosm of Britishness. Take your summer holidays by the beach and enjoy all the delights of the salty seaside.

Bed and Breakfast Isle of Wight Not only is Northern Ireland surrounded by water, but it also has several beautiful lakes or ‘loughs’ as they call them. Lough Erne is one of the most beautiful and most popular lakes for a waterfront getaway. There are plenty of water activities to enjoy on the Lough, which is, in fact, a maze of more than 150 islands, inlets and bays. Hop in a boat or a canoe and watch the fabulous array of birdlife that inhabit the Lough in summer.