Christmas Markets have long been associated to continental Europe but these days there’s no need to leave home for some traditional Yuletide cheer. The UK boasts some of the best and most acclaimed Christmas markets in the world, including York and London. Make a weekend of it and stay in an atmospheric B&B. 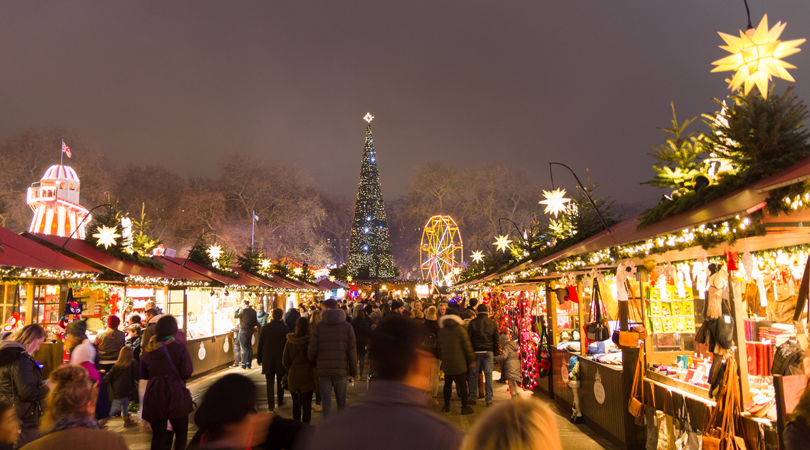 Our best UK Christmas markets list would be incomplete without London’s Hyde Park Winter Wonderland, opening November 21 until January 5. This Christmas extravaganza features the UK’s biggest outdoor ice rink and an endless list of shows and rides, not to mention Santa Land for kids, and the Bavarian Village, for adults! Enjoy some ice sculpting while taking in the inimitable atmosphere of Christmas time in London. 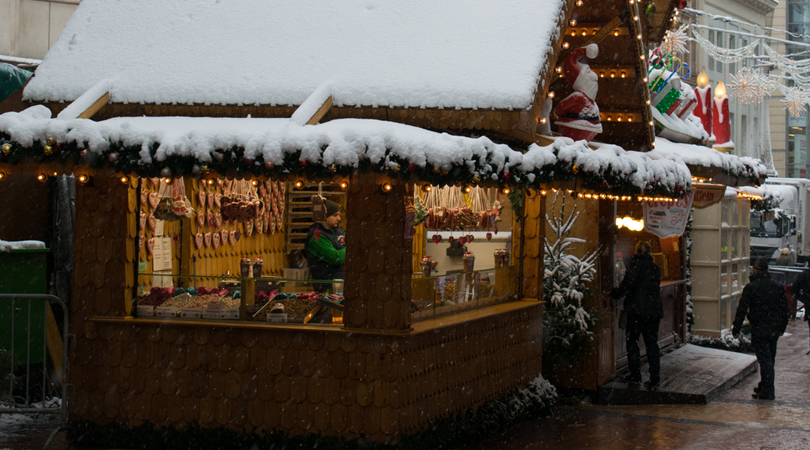 If you’re looking for all the makings of a traditional German Christmas markets, then choose Birmingham. The city hosts the biggest authentic-style Christmas market outside Germany and Austria! 120 stalls – selling handmade jewellery, toys, food and, of course, the customary gluh wine – await you from November 15 to December 23. Don’t worry, our typical British Christmas spirit loiters in the background with locally produced beers, sausages and Chris – the singing moose! 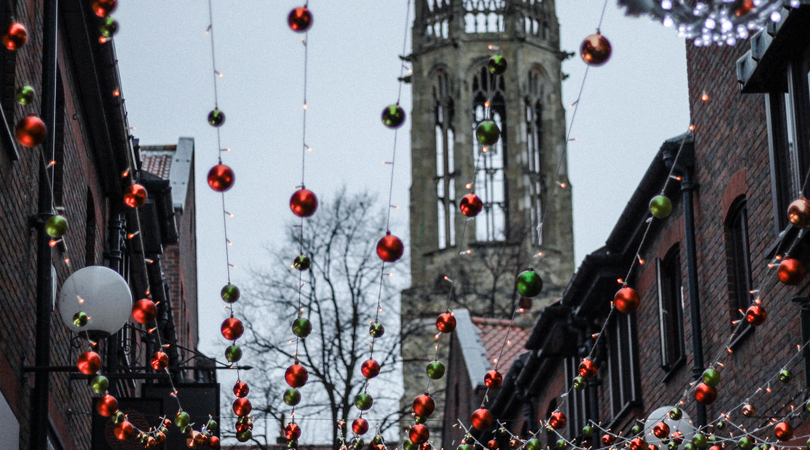 The twinkling Christmas lights of York, one of England’s most historic cities, are switched on as from November 14 marking the opening of its Christmas markets that goes on until 22 December. This medieval city turns its fairytale-like charm up to the max with its iconic St. Nicholas Fair, comprising 100 traditional Christmas market chalets. Ice skate outdoors to blissful wafts of delicious seasonal spiced mulled wine. 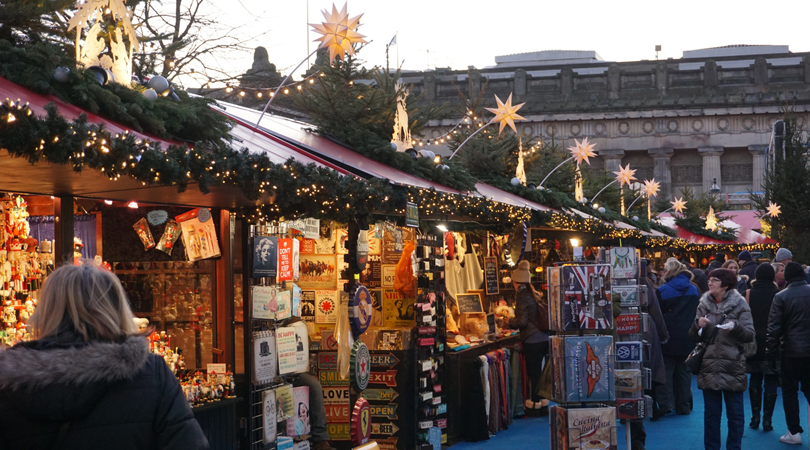 Edinburgh’s Christmas Market, located in the city’s East Princes St Gardens, takes place from November 16 through to January 4. Edinburgh is romantic at the best of times, but the city takes things to a whole new level with beautiful stalls decorated with twinkling lights
offering traditional Christmas items and delicious food. Raise your Christmas ‘spirit’ in the Johnnie Walker Bothy Bar and taste some of Scotland’s most famous whiskies. 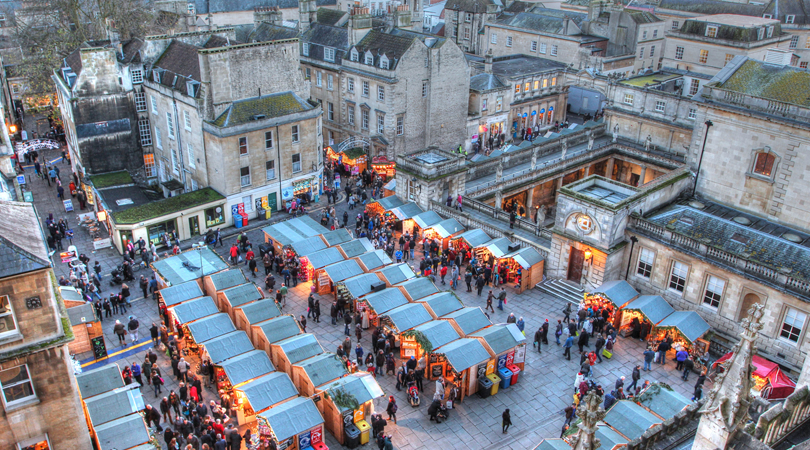 Soak up Christmas in Bath

Bath’s Christmas markets lasts 18 merry days from November 28 to December 15. Local artisans inhabit over 180 stalls throughout the city’s Georgian streets, offering handmade arts and crafts as well as traditional food, including hog roast and caramelized nuts. Swish it down with some aromatic mulled wine to keep the merriness going! While in this world heritage spa city, don’t miss a visit to Bath Abbey and the Roman Baths. 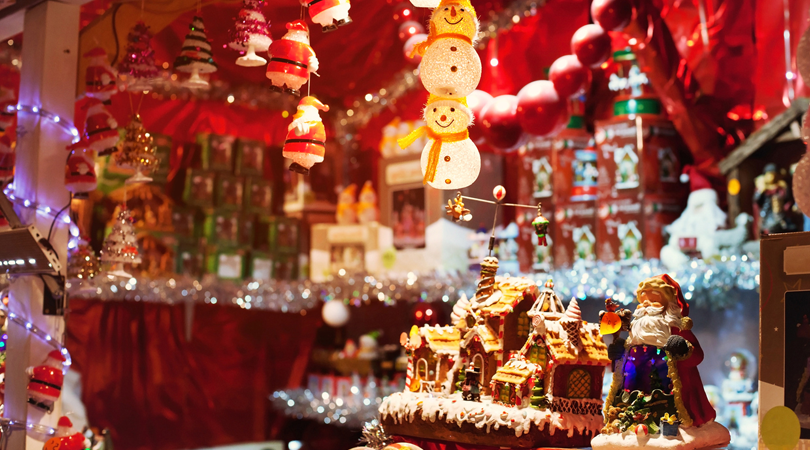 Swansea’s Oxford Street is where you will find this Welsh city’s traditional red and green chaleted Christmas Markets from November 15 to December 22! Buying all your stocking fillers is easy thanks to its unique selection of arts and crafts, decorations and delicious local delicacies! Go for a spin on the Waterfront Winterland’s big wheel or “mull” it over with some spiced wine at the Christmas Bar after a visit to Santa’s Grotto.

Travel addict with FoMO so likes to do something of everything! Always searching for that unique vibe per destination and believes in a try before you die attitude.